Which cover do you have?

Do you plan to see the new film?

Have you seen the older one, also done by Disney?
https://en.wikipedia.org/wiki/A_Wrinkle_in_Time_(2003_film)

I didn't see the older one, hadn't heard of it. I'll see the new one, eventually, but I'm very incredibly skeptical about it.

Those are only a few of the covers. My old one from childhood (that should still be with mom) was one of the first two of these I think,

but it's hard to remember for sure, I've seen images of covers for so long now, they become familiar.

I have here the 50th anniv hardcover (which is a bit metallicy and deeper in color than the image suggests; the book under the jacket is styled like the original cover - the first Abe pic) and the cloth slipcased quintet (that they also came out with for the 50th; that is also metallicy in the blue, though the image is not true to life at all): 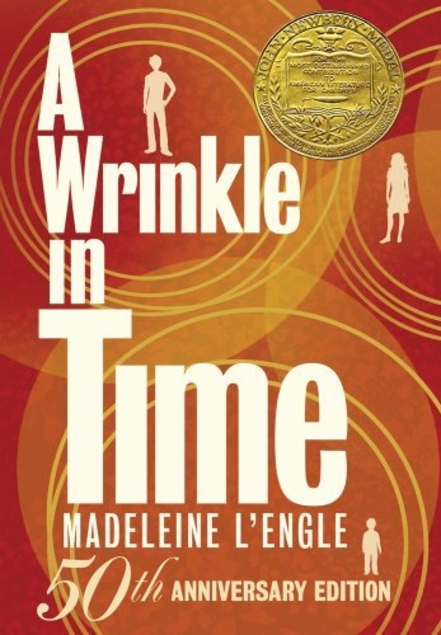 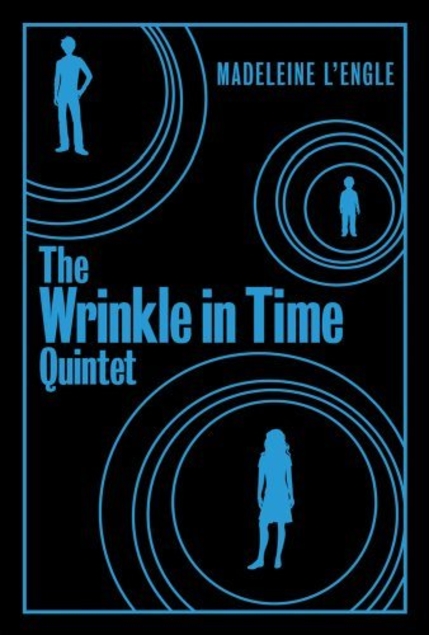 I have the original hardback with a dust jacket that looks in just about the same condition as the Abebooks image.

I wasn't alive back then. :P My original is a paperback from the late 80s or very early 90s.

Well, I time travelled to my favorite used bookstore, of course. I'm not that old either!

Stumbling on a first edition of a popular book 25+ years later is a good find! Hard enough to find that that with the internet! Haha.

I'm sure the AbeBooks article was propelled by the new Disney movie in production.

NPR had a nice segment this morning on the producer, Catherine Hand. She also produced the made for TV version in 2003, but both she and L'Engle were dissatisfied with it.

I've seen it once, and plan to take another look at it before I watch the new film.

Here's a review of the new movie:

From it, I think I won't like the film. The family dynamics have all been re-arranged. And I'm not sure "the Three Whatevers" are true to the original either. In the book, they certainly didn't claim exhaustion as the reason not to accompany the children to Camazotz.

her adopted 5-year-old brother
Her WHAT now?! I....I can't even with this. I was already suuuuper skeptical about everything just based on the casting (Witherspoon alone is atrocious enough, but no Beasts and no twins? Destroying the story much??), and now everything in that article is a big fat NO. Ugh. I really wanted this to be decent. Both for nostalgia and because the multiracial aspect of the casting is a good thing and I hate to see that turn into a bad product. But... yuck. :|

I wasn't as much put off by the adopted brother, but the characterization of the parents as "vaultingly ambitious scientists." That chills me.

On the other hand, the reviewer's characterization of school mates and administrators - "the oddly empathy-deficient peers who have made Meg a pariah and the dismally insensitive school administrators" clues me in that Edelstein might not have read the book with any comprehension. This part is accurate, and in fact the principal returns in an essential role in a sequel.

The biik sounds like i would’ve liked it as a kid, but i never heard of it here.

>13 JerryMmm: Really? I'm surprised. I think you'd still enjoy it. I re-read it just a couple of years ago and zipped right through it. I like her Meet the Austins series better, and they both begin to intertwine in later books.

>14 2wonderY: I think it's a cultural thing. English speaking countries vs non-English.

It looks like the translations into major European languages were done in the 1980s.

Would've been in my library eating days.